The press conference on “Hong Kong Subjective and Family Happiness Index Survey 2016” was held on 11 May 2017. The survey found that female members of the Hong Kong population were happier than their male counterparts; respondents aged 45 and above were relatively happier, while young people aged between 18 and 24 had the lowest happiness score; and respondents with a higher household income were also higher on the happiness scale.

The survey indicated that though the income level was related to happiness, it was not a decisive factor. Families with a monthly household income of HK$10,000 to $19,999 had a similar happiness level as families earning less than HK$10,000. It can be seen that as long as there is harmony within the family, one’s subjective happiness tends to be higher.

Since Hong Kong males and young people tended to have relatively lower happiness scores, their family members should show more concern about their well-being so as to enhance mutual happiness levels.

The survey was commissioned to the Public Opinion Programme of The University of Hong Kong (HKU POP) by the FAMILY Project in 2016 as part of the “Hong Kong Family and Health Information Trends Survey”. Random telephone interviews were conducted with 4,038 Hong Kong residents to evaluate their subjective and family happiness, and the survey results were consolidated into the Hong Kong Subjective and Family Happiness Index.

At the press conference, Professor Sonja Lyubomirsky, Professor of Psychology of the University of California, Riverside, a published author whose research career has been devoted to studying happiness, pointed out that the survey results of the happiness index of Hong Kong people are consistent with findings from the West, such as women are happier than men throughout the life course; happiness level increases with age; individuals with higher income report higher happiness; support from family members, especially from a significant other, is associated with higher levels of happiness; and individuals who engage in frequent positive social interactions are happier. 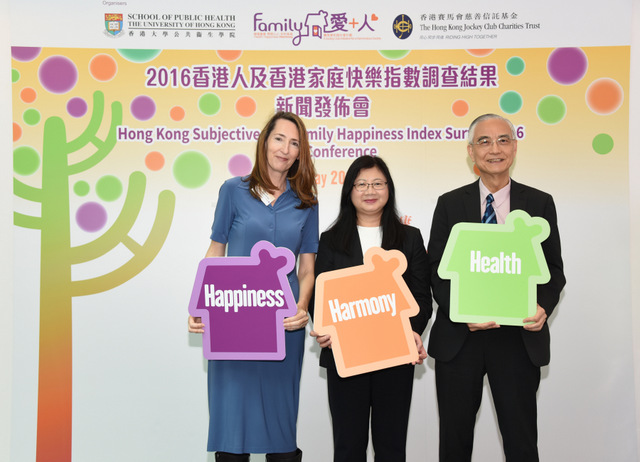 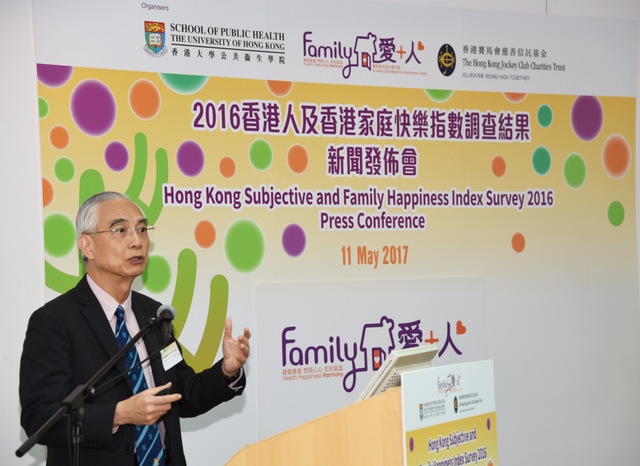 Professor Lam Tai Hing revealed that people were happier when they communicated with family more frequently by face-to-face, instant messaging and video calls. 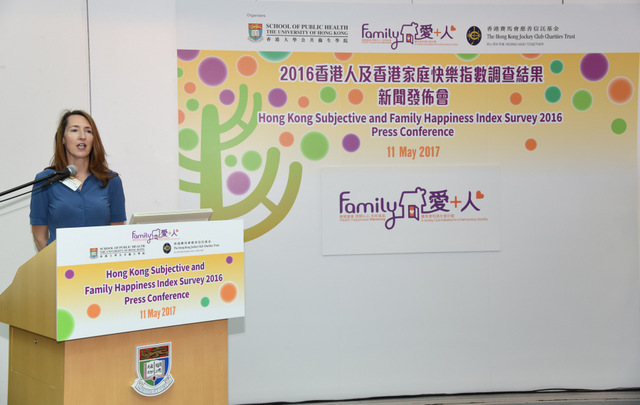 Professor Sonja Lyubomirsky said that the survey results of the happiness index of Hong Kong people are consistent with findings from the West. 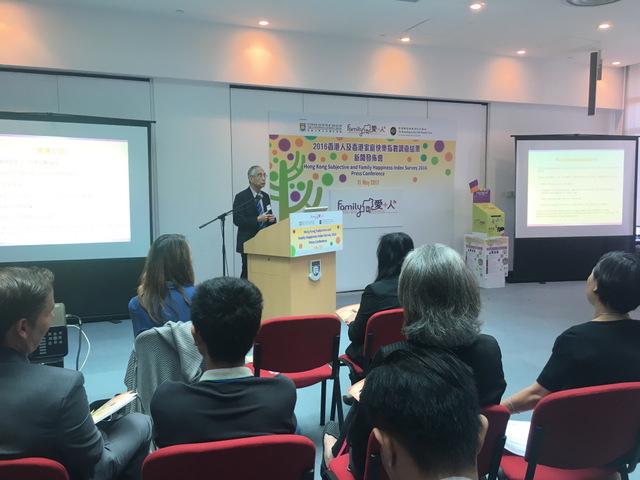