Riding on the success of the 3Hs Family Drama Project organized from March 2012 to October 2013, The Boys’ & Girls’ Clubs Association of Hong Kong and the FAMILY Project collaborate again and launch the 3Hs Family Drama Project II – Family Interactive Drama with Exercise and Fun.  A drama school tour, with a renewed script with FAMILY Holistic Health messages added, is organized for 100 primary schools, touring around 18 districts across the territory. New elements are injected into the Drama II project, including the training up of Health Ambassadors, organizing Physical Exercise Fun Days and more community-based drama shows, so as to spread the 3Hs messages to schools, families and even the society as a whole. 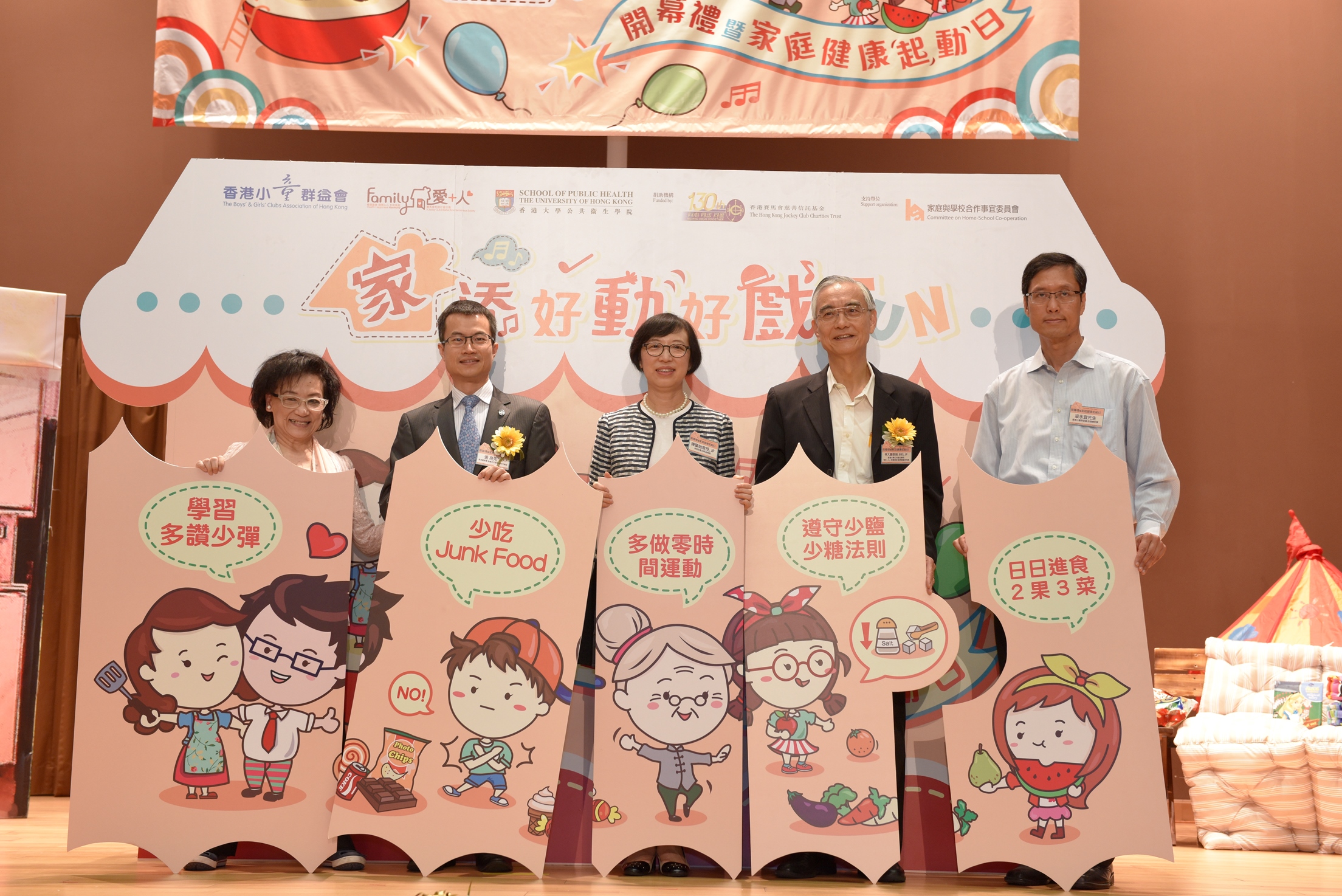